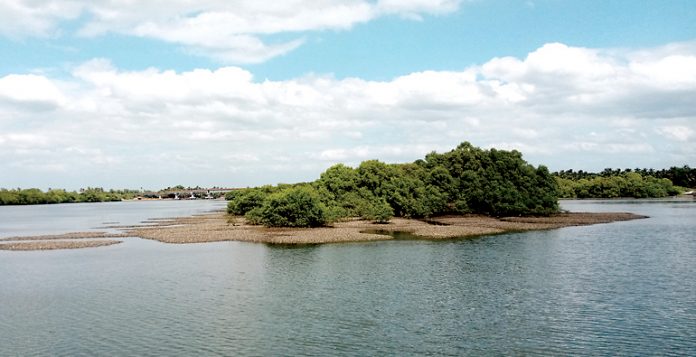 Abdul Wahab KhanPanajiRapid urbanisation and a decrease in the forest cover will increase the events of surface run-off and pollution in the water bodies of River Sal watershed by 2040, finds a new study by researchers on the evaluation of the combined effects of changes in climate and land use in a rapidly developing watershed.The study, which is the first of its kind on the River Sal watershed, has further found that with an increase in the built-up areas, the surface run-off increases and leads to an urban flood-like situation further posing a risk of siltation to many agricultural ponds and a perennial lake known as the Ambulor lake in this watershed.The total watershed area of Sal is 37 square kilometres. The river is heavily silted and the flows are disturbed at many locations in the non-saline portion.The impact of urbanisation on the Sal watershed is the focus of the study led by researchers Ashwini Pai Panandiker, Shubham Gude, A. G. Chachadi and Mahender Kotha from the School of Earth, Ocean and Atmospheric Sciences, Goa University, and the Water Resources Department.The main villages that fall in this watershed include Nuvem, Verna, Nagoa, Arossim, Velsao, Cuelim, Consua, Kesarvale, Dongorim and Gounlloy. Some parts of Cansaulim and Utorda lie on the watershed boundaries.The research, which was published in the e-Journal of Earth Science India, says investigations on the impact of land use change on water resources in India have been carried out in the past but the joint impacts of climate change and land use changes have not been assessed on hydrology for watershed management and ecological restoration.With the use of Norwegian Earth System Model (NorESM) climate modelling, Land Change Modeller (LCM), land use change simulations and hydrological modelling using the Soil and Water Assessment Tool (SWAT) model, the researchers found that over the years, since 1993, there has been an increase in the barren and settlement areas of the Sal watershed due to the clearance of farms/ plantations/ orchards for construction of settlement zones, resulting in an increase in surface run-off thus causing a flood-like situation.Future land use projections for the Sal watershed were shown for the years 1993, 2014, 2030 and 2040. From the graphs, it was observed that the areas under forest show the most temporal variations.“In 1993, around 45% of the watershed area had the presence of forests, while 24% area was of agriculture. Rapid urbanisation has been observed in this watershed. In comparison to 2019, the area under forest cover is likely to decrease by 2.59% by the year 2030 and by 5.93% by 2040. A subsequent increase in agriculture (3% by 2030 and 5.7% by 2040) and settlement areas (1.24% by 2030 and 4.34% by 2040) is projected. The forest cover is likely to decrease by 5.93% up to 2040s, with a corresponding increase in the urban/settlement areas,” the study says.In their hydrological modelling studies, the researchers considered two RCP scenarios – RCP 4.5 and RCP 8.5 to represent the extreme and moderate conditions of streamflow.The researchers observed that the streamflow is likely to increase with a decrease in the forest cover. They further observed that the streamflow will increase with an increase in the urban/ concrete areas under both the RCP scenarios (4.5 and 8.5) when compared with the baseline of 2010-2018.“An increase in streamflow may lead to urban flooding. With increased run-off, the ponds and a lake present in the watershed would require frequent de-silting. Further, the groundwater table is high in this watershed and hence with increased precipitation-run-off events and inadequate sewerage network, the probability of pollution of the water bodies is high and will need immediate attention,” the study said.The findings will help policymakers and other interests identify and evaluate mitigation strategies that will be useful in watersheds that are rapidly getting urbanised.