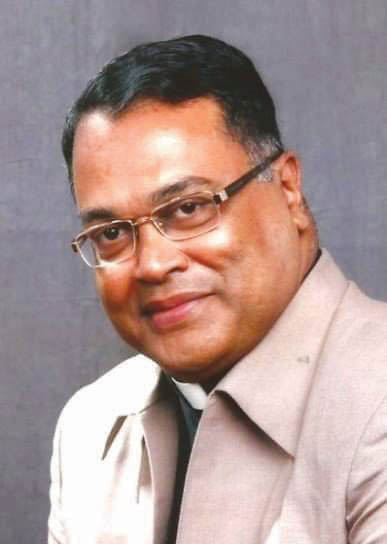 Staff ReporterPanajiFr. Neville Gracias, a renowned personality of the Konkani stage, passed away on Thursday night at Clergy Home, in Porvorim.Known for his Lenten plays which he would stage across parishes in Goa, Fr. Gracias was always innovative with his craft. He was born on October 23, 1953 in Velim and ordained in April 1991.His tiatrs and sermons always had a message for people and his religious plays always depicted scenes from the Bible and had teachings of Christ.Fr. Gracias was a great writer, actor, singer, director and producer of several Konkani tiatrs. His love for the language and the cultural form gave rise to several artistes in Goa.He went on to direct several tiatrs like ‘Tuji Khoxi Zaum’, ‘Voch Ani Patok Korum Naka’, ‘Amche Ghorabe Kosbeleat?’, ‘Padri’, and several others. His latest tiatr was directed in March called, ‘Tuji Khuxi Zaum’. He had already announced his next tiatr, ‘Mhojea Somia Ani Mhojea Deva’.Tomazinho Cardozo, former president of Tiatr Academy of Goa, remembered Fr. Gracias as a dedicated priest who served the Church well and did a lot of social service.“He would spread the message of Christ through tiatrs. He was known for his Lenten tiatrs, which he directed every year for the last 15 years. He is one of the few writers and directors, who used to continuously stage these Lenten plays across Goa, over fifty shows. He was popular and will be missed,” said Cardozo.Mario Menezes, a close friend of Fr. Gracias and a tiatr director, expressed grief and said that Fr. Gracias was a stalwart who contributed immensely to tiatrs. “He acted in my tiatrs and his appreciated role was in ‘Padri Mogan Podlo’,” he said.Fr. Victor Ferrao said that with the untimely death of Fr. Neville Gracias, the Church in Goa has not only lost a dynamic spiritual leader, but Goa and the Konkani world has lost a shining star.“His love and passion for Konkani as well as the Konkani theatre that we know as tiatr cannot be replaced. The Konkani world will certainly miss this great son. His Lenten theatrical shows have certainly produced a new genre in Konkani stage,” Fr. Ferrao said.